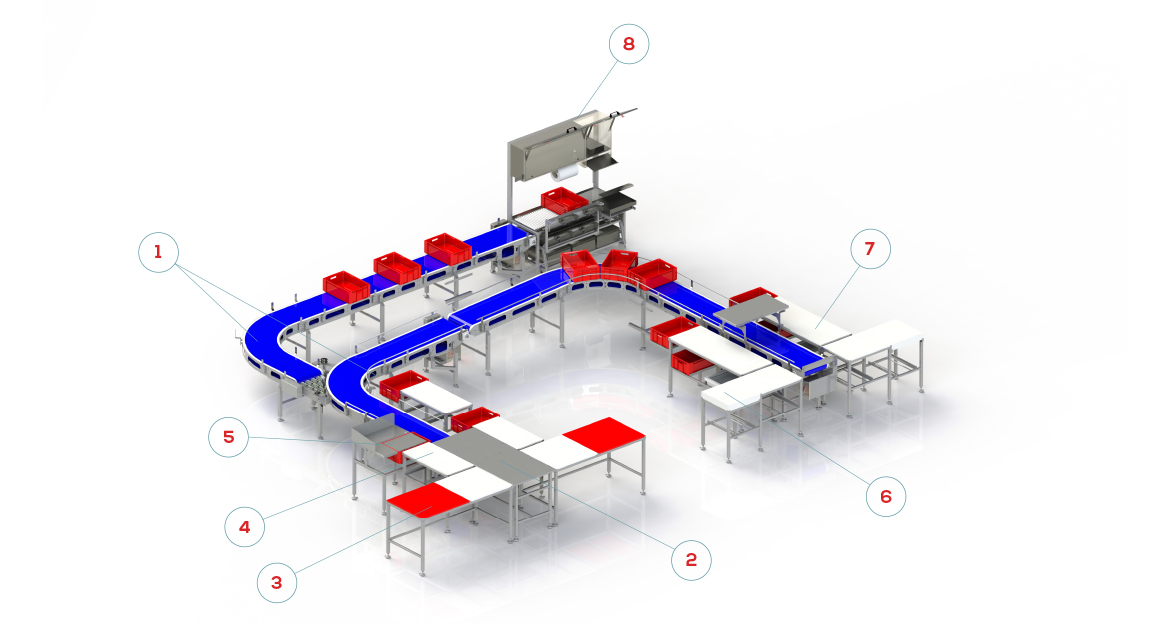 On the strength of its experience as a designer and manufacturer of machines for the agri-food industry, SYSTEM notably develops specific equipment for all sectors, including a modular cutting line solution for the meat industry.

SYSTEM strives to create cutting rooms designed to offer good ergonomics, robustness and easy cleaning.
The requirements are as follows:

A cutting room allows factories to cut and then case meat in order to transport it to a vacuum station and finishing station.
The pieces of meat are placed onto the MRS cutting stations from above, to then be processed by the operator.
Each operator cuts the meat and puts the pieces on trays which are transported via a modular belt conveyor, with defined production rates, either towards a vacuum station or towards a finishing station for further cutting.

SYSTEM pays particular attention to the ergonomics of each workstation, the robustness of the equipment and maximum storage according to the production site’s layout.
We have received the following client feedback:

DO YOU HAVE A PROJECT? 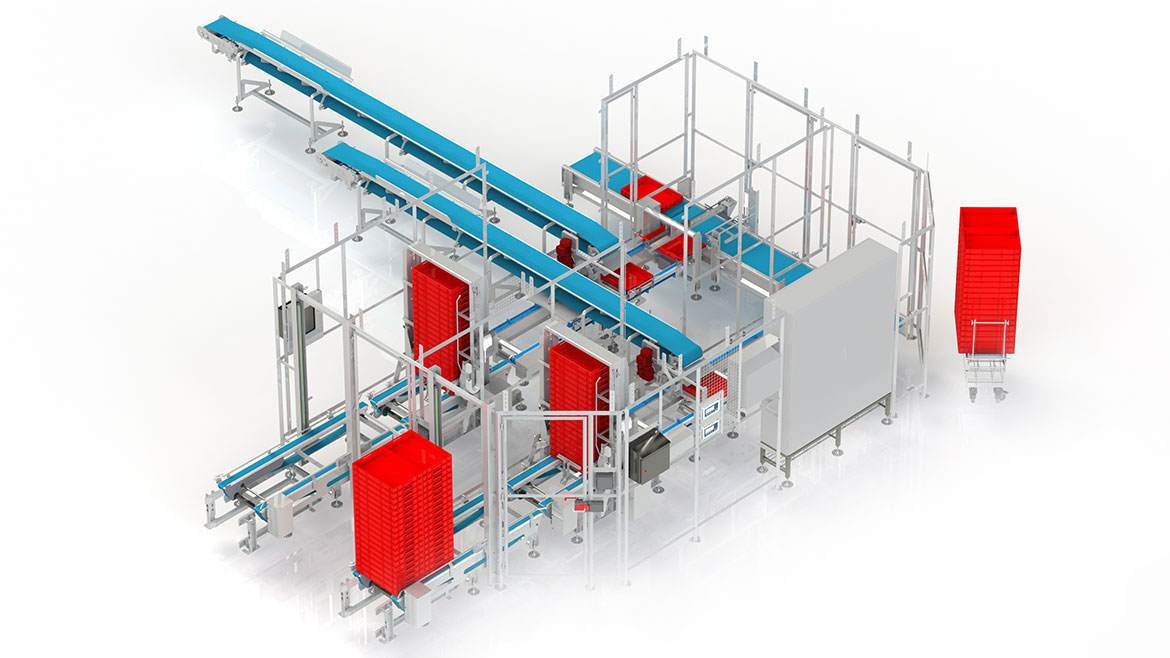 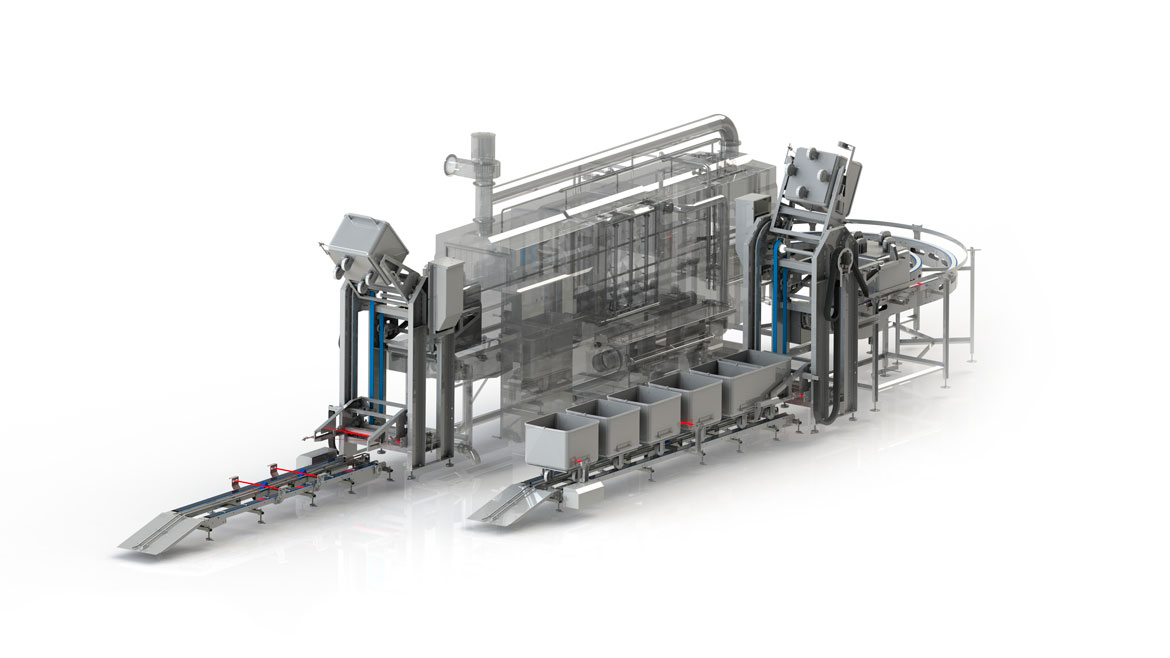 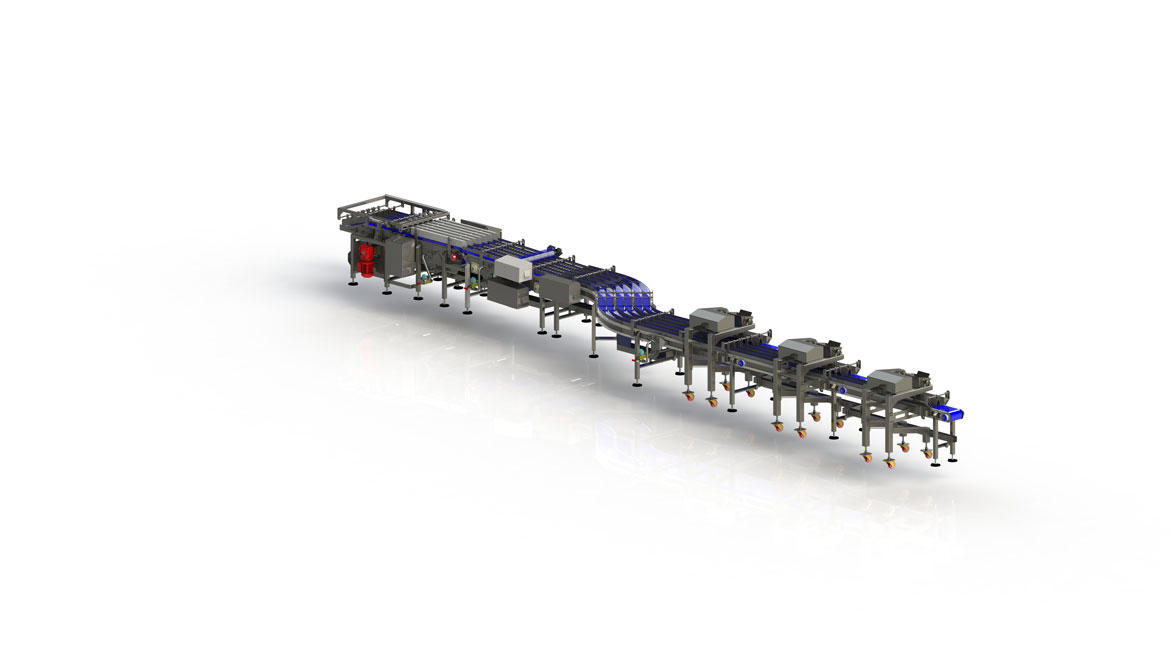 SYSTEM makes custom-made solutions such as the deep freezing line designed for the ice cream industry. 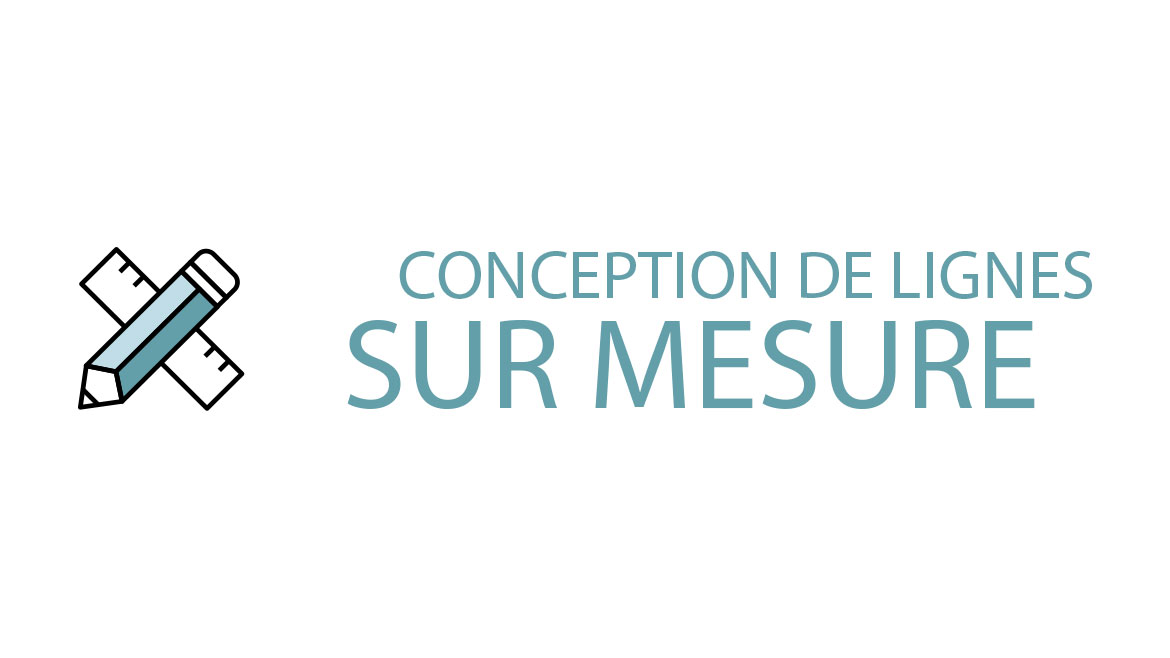 Completely adjustable lines which can be adapted to the client’s needs and the field of application. 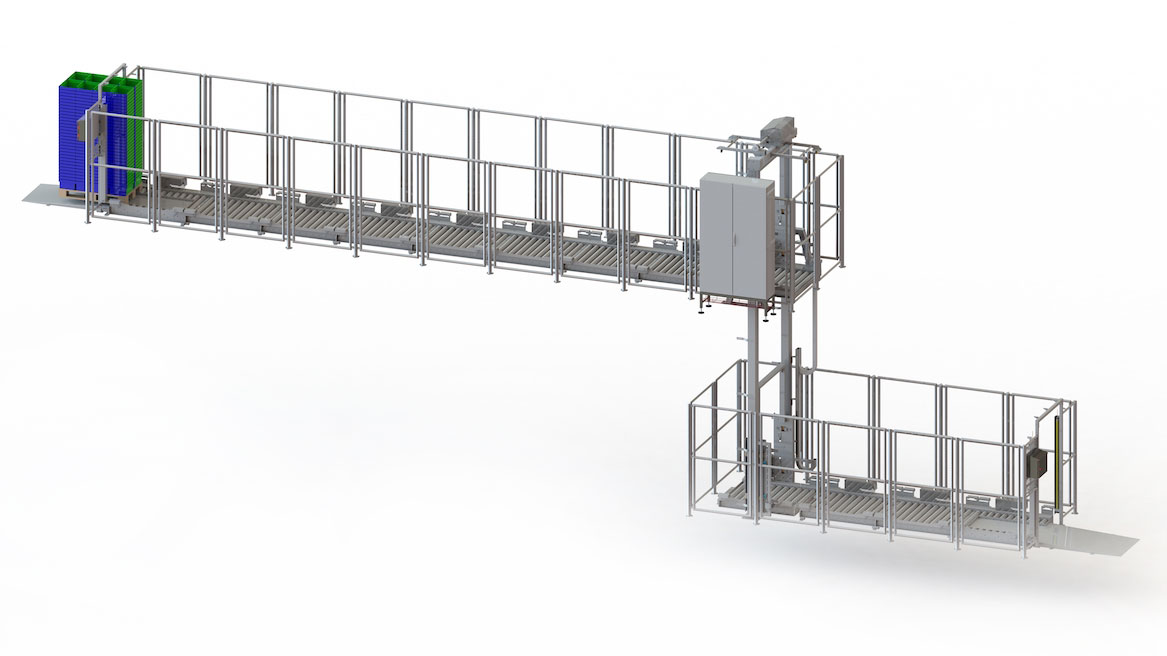 Do you have a project?

KEEP IN TOUCH WITH SYSTEM